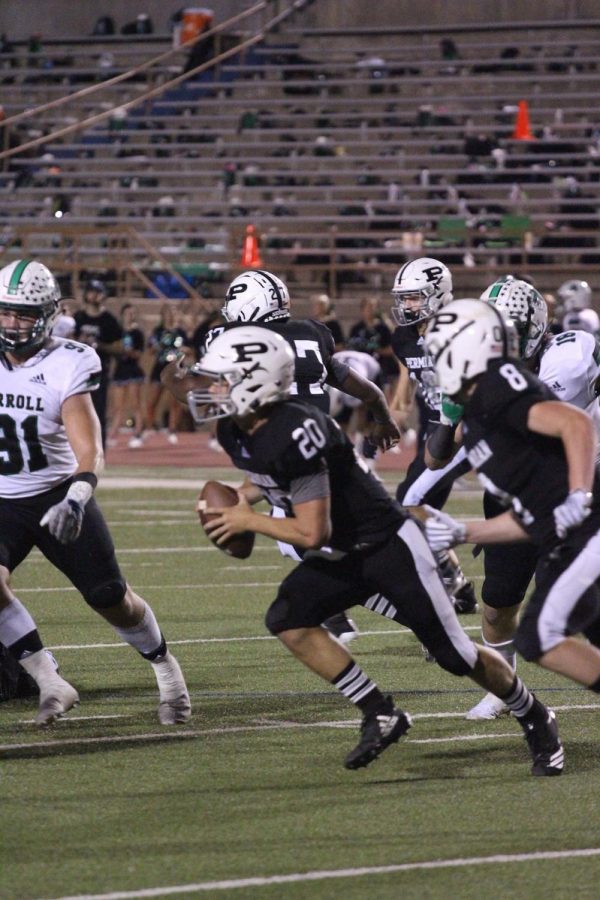 The Panthers are set to head into the first game of district play versus crosstown rival Odessa High this Friday.

Last year in district the team finished with a 4-1 record in the district.

To start this year the team lost three straight games to top 25 teams DeSoto, Southlake Carrol, and El Paso Franklin. However, they have rallied two straight wins against Palm Desert and Los Fresnos.

“I feel good moving into district,” senior Chase Stell, team captain, said. “We gave it our all and had some very good parts and parts that we need to improve.”

The same feeling was expressed from other members of the team, such as fellow defensive back, senior Dashavion Williams.

“We haven’t played our best and that’s obvious,” Williams said. “We have been growing since week one and we are definitely a better team since August.”

This remains true with senior and captain Jake Parchman.

“I feel like we played decent,” Parchman said. “We definitely haven’t played to our full potential and we get better every week.”

Moving into the first district game the team feels the intensity needs to rise.

“This is always a big game, especially with it being the first game of district,” Parchman said. “Everybody is going to be watching and we need to give it our all.”

This being the last time the seniors will be playing Odessa High it’s a sad moment for many of them.

“It’s a sad moment,” Stell said.  “Everyone said it’s going to go fast but it went way faster than I was expecting.”