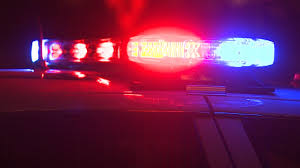 “We only kill black people,” Lt. Greg Abbot of Georgia said as he made a traffic stop.

After pulling over a white woman who was fearful of the cop, the officer tried calming her down. Instead he caused further controversy to an already volatile topic in America.

“Ignorance” Coach Tim Thomas said. “It shows how we can’t live in a society of a diverse population.”

“That statement alone is bad,” Nayola said. “When you make a comment like that it’s turning it into what we don’t do. Whenever we discharge our fire arm we discharge it to protect somebody or protect ourselves.”

Due to acts and statements like “We only kill black people“, the black society has long established the need to have talks with their youth on what to do when pulled over by law enforcement.

Angela Love-Jackson, a U.S Government teacher, has had this talk with her son.

“I can tell you I sat my son down the moment he started driving, because sadly there tends to be racial profiling,” Love-Jackson said. “I’ve told him if the sirens are going off do not stop in a dark area. Go to an area that is highly populated and lit up well.”

She added that while he’s being followed he was to call his parents or to call 911 that he is being pursued and he is unarmed.

“I’ve had my sister and brothers tell my nephews that if they’re pulled over to keep their hands on the wheel and not make any sudden movements,” Thomas said.

There has been hesitation in this time of age from police officers to do their job because they do not want to be labeled racist.

“I believe that five percent of the law enforcement are bad apples,” Thomas said. “Those 5 percent cause 90 percent of the problems. However, I think cops will do their job as officers, they’re hired to protect us and enforce the law.”

That still leaves a large portion of law enforcement that are doing there jobs the right way.

“An officer should do his duty,” Nayola said. “I’ve pulled over people that the first thing they scream is that they only pulled me over because I’m black, Mexican, etc.”

If you are pulled over by an officer they must have probable cause. If you commit a traffic violation you deserve to be pulled over, it doesn’t matter the race of the individual.”

Officer Greg Abbot has retired after that statement surfaced through the media.